Places to visit in North Evia 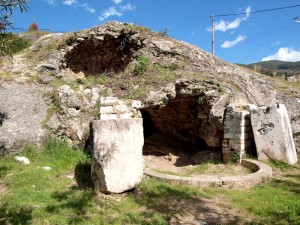 If you find yourself in Evia you can visit the Archaeological Collection exposed in the hall of the EOT spa Center where there are many treasures unearthed from the excavations of specialists from the area nearby.
The Little Parlement is an institution of Edipsos, giving daily color with lively discussions over politics, where people daily solve problems and talk about the government.
Other attractions are the old spa of St. Anargyroi, a neoclassical architectural jewel gracing with his presence and reminds times when the resort of Edipsos dominated the Mediterranean. Also one of the best preserved finds of Roman baths is the Cave of Sylla behind EOT Spa Center.
Finally noteworthy is the City Hall of Edipsos, of neoclassical era, which served as a high school before City Hall.
The thermal waters at Edipsos beach is a gift from the goods for the region since the therapeutic properties relieve and rejuvenate, the thermal waters are located across the southern entrance of Edipsos. 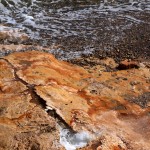 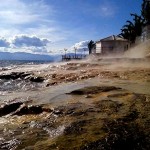 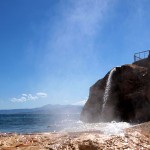 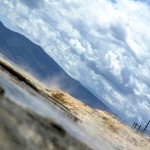 Places to visit near Edipsos …… 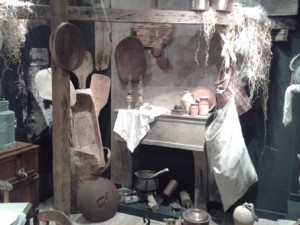 The Folklore Museum of Agios is founded by Primary School Parents’ Association and Kindergarten of Agios. Items from 80 families from Agios, but also from the other villages, were donated for the museum. Agricultural tools, household furniture and utensils, bridal outfits, various coins, photographs, old original documents etc. 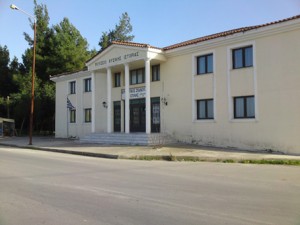 The Natural History Museum of Hunting Association Istieas has the privilege of hosting a rare natural beauty and is considered as one of the most comprehensive museums of its kind in our country. The purpose of the museum is its contribution to the protection of forest and animal wealth and the general natural environment through scientific activities (exhibitions, lectures and other events) environmental nature. One of the main objectives is to inform children about the richness of Greek nature and the current risks of degradation of this precious national heritage. 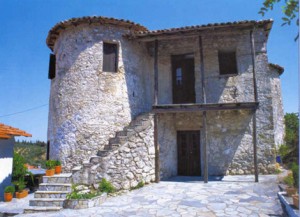 Gouves is a historic village of North Evia located on the road Istiea – Chalkida. During the Turkish occupation the whole area was owned by the Turkish Bey Mohammed Ibrahim and his sister Jaime nylon. In 1831 the Turks sold all their property to Greek Baptist Drossos and Alexander Desyla. In 1882 all the land of the village passed in the hands of its people. At the top of the village stands the Tower, where there lived the poet George Drosinis. The tower has been restored and now serves as a museum. The tower was built shortly after 1800 by Ibrahim Aga. The architect was a slave whose name was Ahmed, who in return for his services won his freedom. Ibrahim Agha was a drunkard and very tough. This side of his character was the cause of the rumors about the hauntings of the Tower (anyway all serious old towers must have their own metaphysical story). Aga So once tortured and massacred at the end with his knife a disobedient Arab servant, on the ground floor of the west turret. The traces of blood of the unfortunate Arab remained indelible in the Tower walls despite efforts to clean them. Before the Second World War on Metaxas made known strongholds of Gouves in a strategic location in the sea area, which were used during the war, as fortifications. The forts were used by German troops during the occupation (1941-1944). Today remains the ruins of these fortresses. 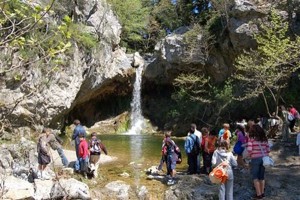 Drimonas waterfalls create a place of inexhaustible beauty. The beautiful waterfalls are located in North Evia at an altitude of 620 meters, 4 km after the Monastery of Saint David at the road that starts from Rovies village. The route between is thick with vegetation environment, offering peace and tranquility feelings to the travelers. There are two versions of how the area got its name either from the dense forest of oak that surrounds it, either from the intense cold that prevails in the area during the winter months. The Forest of the area has created for visitors, with great care and respect for the natural environment, a wooden stand with a small exhibition of local plants and fossils have been found in the region. It also has built with natural materials, tree trunks and ropes, bridges and braces in order to enjoy the traveler the unique waterfalls within a short traveling route. The river sepia creates a magical spectacle spewing water of the captivating waterfalls. The water falls with thunder and momentum from a height of 15 meters in a Crystal Lake encircled by rocks and woods. 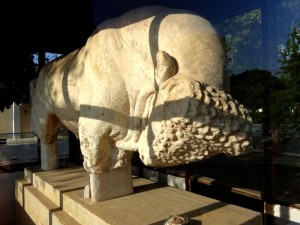 Marble bull statue measuring of length 3,28m and preserved height 1.30 m. The animal is depicted standing with bowed head, in an attacking position. It Misses walk breeches and horns. The bull belonged to a funerary monument of the 4th century BC. It was placed in a contemporary pedestal in 1966, at square of Oreos, near the sea. In 1993 authorities constructed a wooden roofs shelter. The statue was found in the sea, the port of Oreos at 1965. 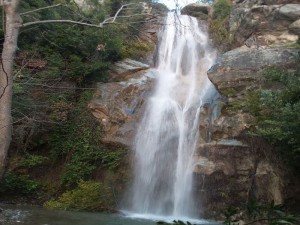